A super sweet silver dilute filly who floats across the ground! 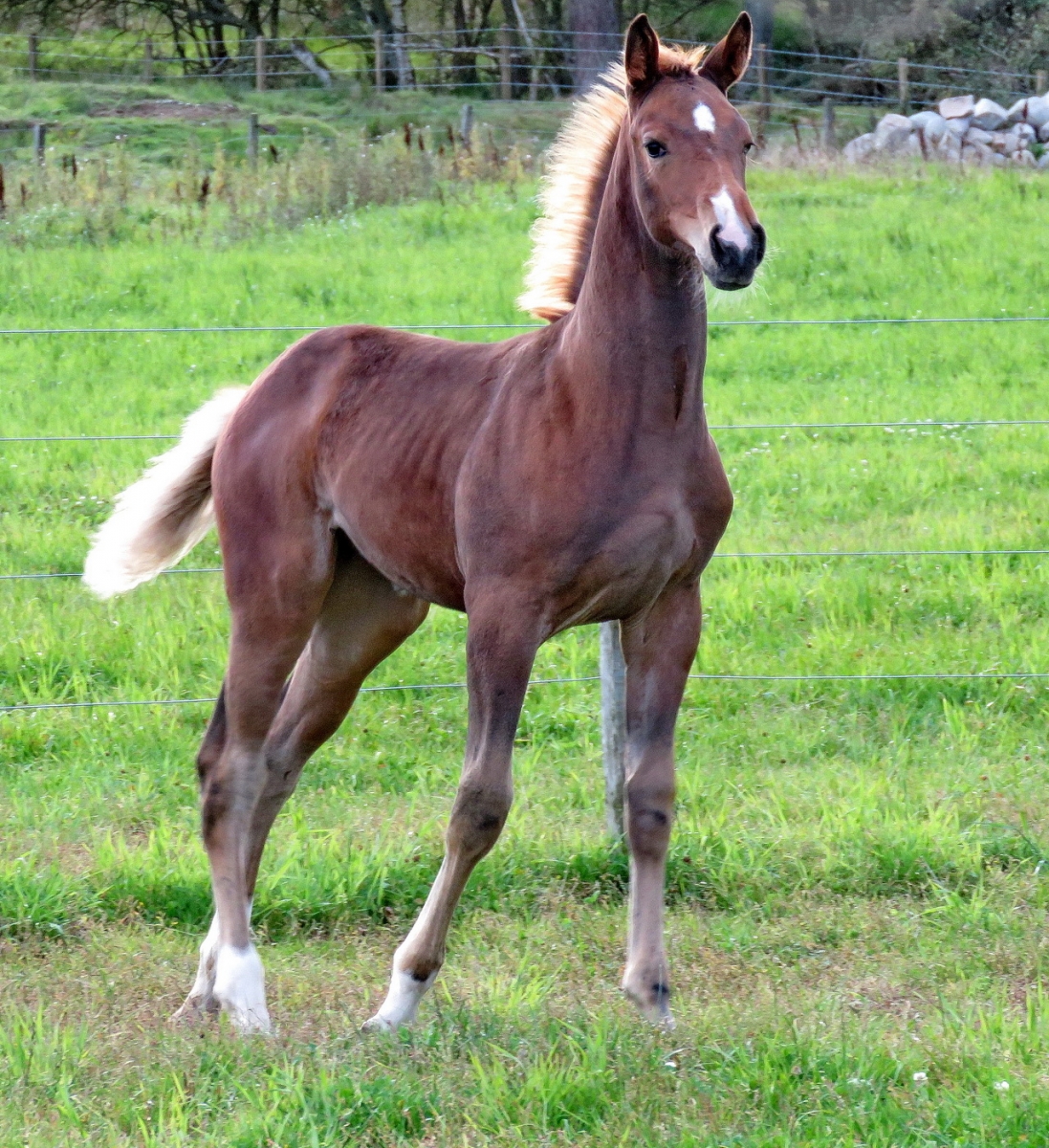 Nebular Horizon carries 1x copy of the Silver Dilute gene which gives her this stunning, very rare colour. This young girl born 2018 is full of character, and has a sweet, gentle nature. Out of a Scottish Sports Horse mare, by the famous silver dilute KWPN stallion Horizon (AES Licensed), she is strong in the body with light correct movement; a riding horse type with potential to succeed in any of the 3 main disciplines and should mature approx 16hh. Handled since birth, she is halter trained, rugged if required, loads/travels in our horsebox and stands for hoof trims with the farrier. She is well socialised with other foals/horses of all ages, is a good doer and winters outside. Passported with the AES (Anglo European Studbook), microchipped and vaccinated against flu and tetanus.

Her dam our homebred mare Vibrant Gold has already produced several great youngsters for us who have been sold to competitive homes. Her sire Free Spirits Gold’s comes from family of riding horses who have competed and won at local & regional showing, dressage, show jumping and cross country – sane enough to do everyday riding activities, yet talented enough to win, he himself is a prolific riding club dressage winner and proven popular at shows for his consistent wins and excellent behaviour. His sire Livius was a Grade A showjumper and son of the great jumping stallion Secundus, Grade A and five times British Showjumping Sire of the year based on his progeny’s winnings. His damsire Invincible B (by VDL Wellington) was also a successful Grade A jumper. – VDL Wellington competed at Advanced level dressage and was also a winner in International Showjumping, a son of “sire of the century” Nimmerdor, who has no less than 40 approved stallions including Goodtimes, Heartbreaker Aram Amethist to name but a few.